Evo gun skins are essentially skins that can be upgraded using special tokens, unlocking unique privileges like upgraded looks, attributes, kill effects, and more. Blue Flame Draco is one of the first upgradable skins in Free Fire. It was added in October 2020 and is still one of the most sought-after cosmetics within the game.  Different amazing privileges given at specific levels attract players. 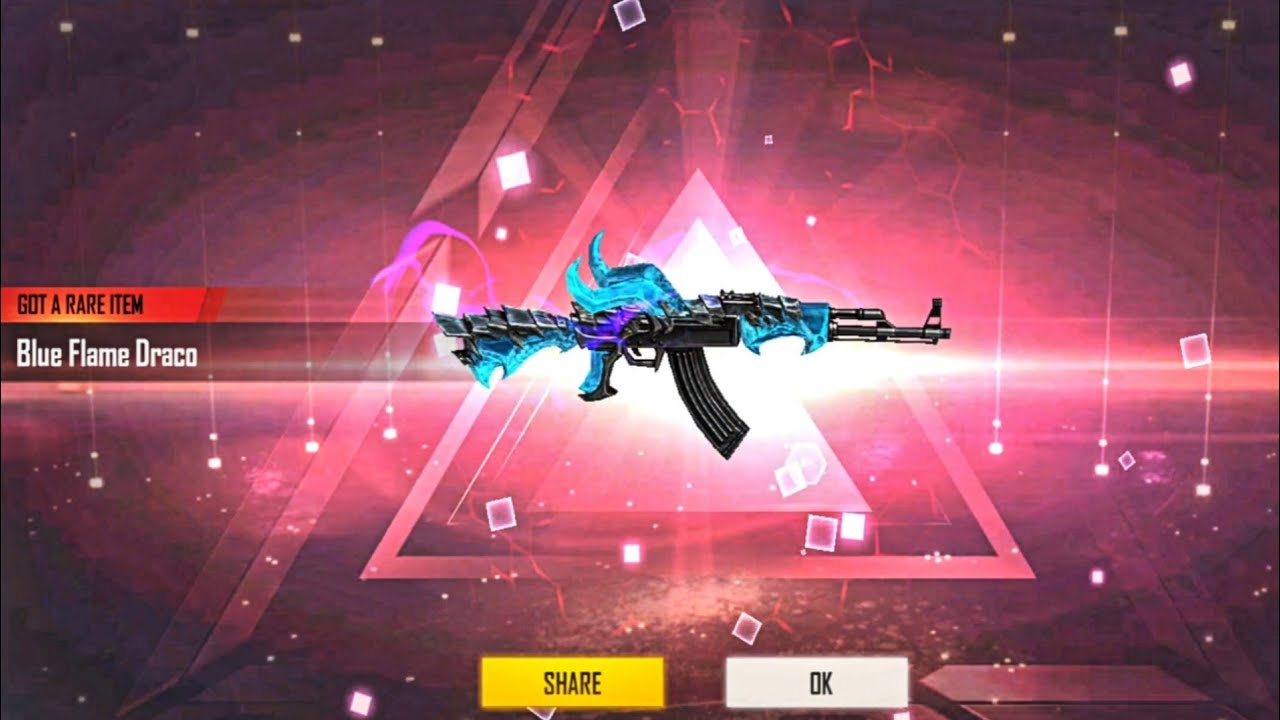 This Evo gun skin is the first gun skin in the free fire. we can upgrade Evo guns level to obtain certain advantages or new looks. At level 1 it comes with single damage and a single rate of fire with double loss of movement speed after upgrading it from level 1 to 2 we can get a special elimination notification and upgrade in attributes its attributes become single damage and a single rate of fire with singe loss of movement speed. When the gun reaches its level 3 we can get the new exclusive look the gun looks deadly there is no change in attributes. when the gun reaches its level 4 we can get a privilege called the hit effect when enemies are hit every bullet gives a blue flame that looks amazing. when the gun reaches its level 5 we get two new amazing privileges called kill Effect and Firing Effect in the kill effect when the enemy is killed blue flying soul type animation occurs and in the firing Effect every bullet fired from the gun looks like a blue flame fired from a gun. at the last and 6 levels, we can get a final exclusive look of the deadly weapon and there is some change in attributes rate of fire is increased from single to double with single damage and single loss of movement speed, and an extra ability is given to us at a final level which can give extra damage to gloo walls and blast them easily. Blue Flame Draco AK has been launched in the Faded Wheel. Players need a specific number of Dragon Scales (AK47) to upgrade the Blue Flame Draco AK. The exact level of tokens is as follows: